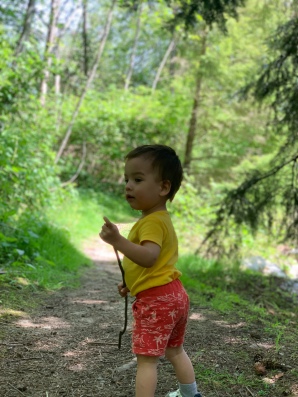 This time of year has always been my favorite. Every place I’ve been lucky enough to call my home has boasted a beautiful springtime. The feeling of the warm sun finally reaching you after a cold winter and the promise of the life sure to sprout up soon makes me wonder how spring isn’t everyone’s favorite season. However, since becoming a mom, this time of year has brought up a new, special meaning. It gives time to reflect about myself as a mom and those around me.

It’s my second Mother’s Day already. My second year of realizing I don’t know much more than I did last year. The only thing I do know for certain is that all other moms of toddlers are playing the same guessing game that I am each day. I can google and google to try and solve an obstacle I’m facing, but the best thing I’ve done, in terms of seeking help, is ask the moms around me. Moms that have been doing it forever or have been in the same boat as me before.

I just wanted to mention a few special women that have given me insights to motherhood. Hopefully I can keep this short – no promises! 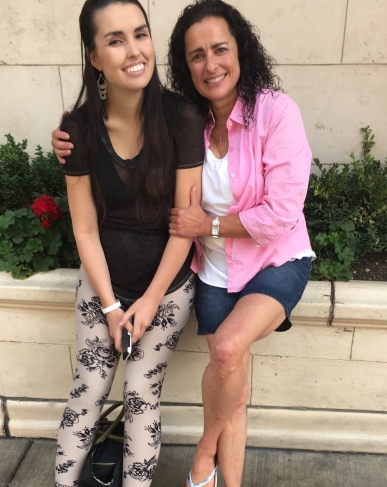 I wish I could see her so much more often than I do. People talk about showing up at their mom’s house unannounced when they need advice or simply the maternal touch of their mom and I am extremely jealous of those people. From far away, we remain in contact with each other and I value our conversations so much. I’ll either be working on the computer or doing whatever housework needs to be done and just one call from her can make mundane tasks go by a lot faster.

Ever since I was small, I recognized the talent my mom has in her singing voice and I wish it was passed on to me. If Pax is crying, I can FaceTime her and she’ll start singing or making all sorts of noises to distract him. One thing I’ve learned from her is that you can distract a toddler with any kind of noise or song (which is the only way I can brush his teeth sometimes). He loves saying hi to her over the phone and gets upset when the FaceTime ends. Maybe it’s wishful thinking, but I think he can almost say grandma! There are so many things that Pax does that I have found out me or my brother did as babies and there have been numerous times where she’ll say “try this” and it will immediately solve a problem I’m having with Pax.

My mom has been through so much in her lifetime, but keeps coming back to face life no matter what comes her way. I get my appearance, my taste in food, my cooking abilities, my love of Sinatra, and my procrastination all from her – I just hope I can learn to overcome onstacles the way she has. Thank you for always being there for me, mom. 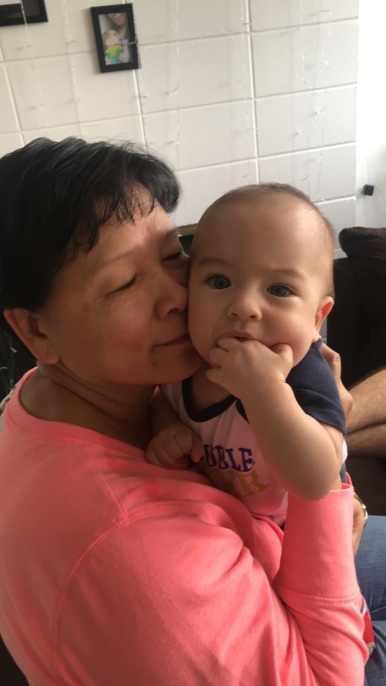 I grew up under the impression that meeting your significant other’s mom is supposed to be terrible. Maybe you just don’t hit it off because you’re stealing away her baby or she just doesn’t think you’re good enough for him. Fortunately, I never went through that drama and found someone who wanted nothing more than to welcome me to her family the way her son welcomed me into his life.

The moment I met Loc she was easy to talk to. As I have been able to get to know her, I’ve learned that she’s a fair judge of character and can see all sides of a conflict even if one side happens to be someone close to her. She’s one of the most selfless people I have ever met, a great cook, and a fighter. She is generous and has worked hard for everything she has, but even at the beginning, when she didn’t have a whole lot, she was still willing to give if it meant someone could benefit from her help.

Loc has been through 4 kids and 10 grandkids and was by my side, teaching me how to mother in the very beginning when I was nervous and lost. She’s taught me to trust my maternal instincts. At times I did more observing than doing – especially during those first baths Paxon had as a five pound premie. Countless times she has cooked a full meal then told me “go eat” and has taken Pax from my arms, lifting invisible burden from my shoulders that I will always be grateful for.

If I can say one thing this Mother’s Day it’s “we couldn’t have done it without you” and I mean that with so much sincerity.

Sisters I Never Had – Paxon’s Aunties 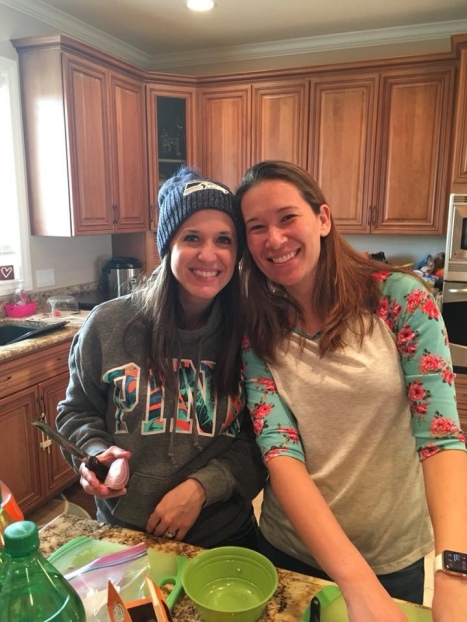 I was raised with older brothers only and never knew a sisterly connection. I knew playing rough and the opposite of me. While I can always talk to my brother about anything, it’s so nice to be able to vent to or listen to people in similar situations as me. They both have daughters, but they also have sons. Their kids are older, but they have been in the situation that I am in and I’m so grateful and lucky to have that.

Not only is she gorgeous, a workout motivator, and one of my favorite drinking buddies because she has the same taste as me, but she also has taught me an important lesson in raising a boy. They play so hard but always love their moms. They’re tough on the outside and yet they need to know that they can always go to us when they need. I’ve never been in a situation with her where she wasn’t willing to take Pax off my hands and carry him around wherever we’re at. She will play with him and also put him to sleep and I’m lucky to have someone around that cares for him the way she cares for her own kids. I look forward to seeing her more in these next few months with nicer weather!

If she were to stand next to her 20 year old daughter, you would think she was her sister – and so many people have guessed that as well! She was there for me the night Pax was born and has been there for us ever since. Not only is she beautiful, but she’s also an extremely multi-talented nurse. Because of her medical background, there have been so many questions about Paxon answered with certainty. I’m grateful to have her to talk to and can trust her honesty about everything. On top of being able to talk to her, we also have shared so many recipes between the two of us. I’m lucky to have people around with the same palate as me! She has been another person to take Pax off my hands. It never ever goes unnoticed the way she spoils him and cares for him so deeply.

To all moms out there, if your child is fed – you’re doing great! If they have a roof over their heads and people around them that won’t hurt them – you’re doing great! If your child loves and trusts you – you’re doing great! Maternal instinct comes seemingly from nowhere, but the second things start to click for you, trust yourself because you always know what’s best for your kids. The advice you should take most seriously is from a doctor and trolls on the internet should never even come into your radar. The internet is a great resource, but people there aren’t guaranteed a degree in whatever they’re pretending to be an expert on. We all have bad days and good days. Even if there are situations your little one can’t understand right now, as they grow older, they will learn who has been there for them all along. If being a working mother is what you have to do, you’re so strong! Your hard work is so important and I salute your ability to juggle motherhood and working even if it’s hard sometimes. If you get to stay home with your kids then that’s amazing too! Make sure to take some time for yourself too, though, a happy mom is a good mom.

This year, I just want my fellow moms to know that they are enough and trying their best is perfect!